11 APR 2014 UPDATE
Joseph Hallford dismissed without prejudice by U.S. Gov after showing up at Million Mask March in Washington, DC with a car filled with loaded weapons and bombs.

You don’t have to be a logistics expert to know that it’s never a good idea to lead a large group of masked Anons right into the middle of an already-scheduled athletic event; but, that’s exactly what John Anthony Fairhurst of the DC Million Mask March is determined to do. 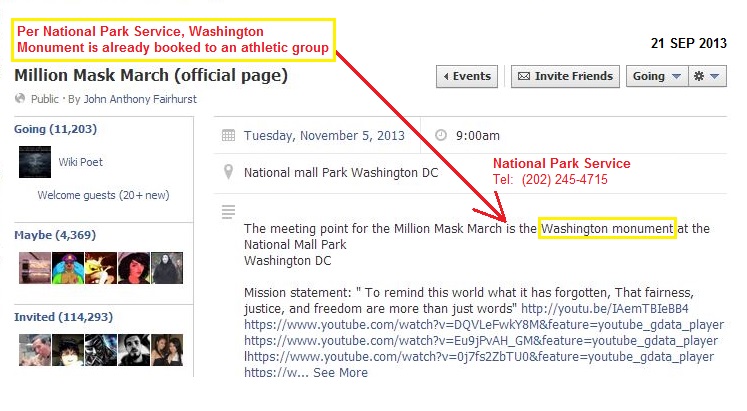 Instead of providing a permit # to the public, Fairhurst decided to break away from MillionMaskMarch.org, .com, .net, .info and Facebook.com/millionmaskmarch.

When asked to provide the permit # to the public, Fairhurst’s reply was:  “1800kissmyass.” 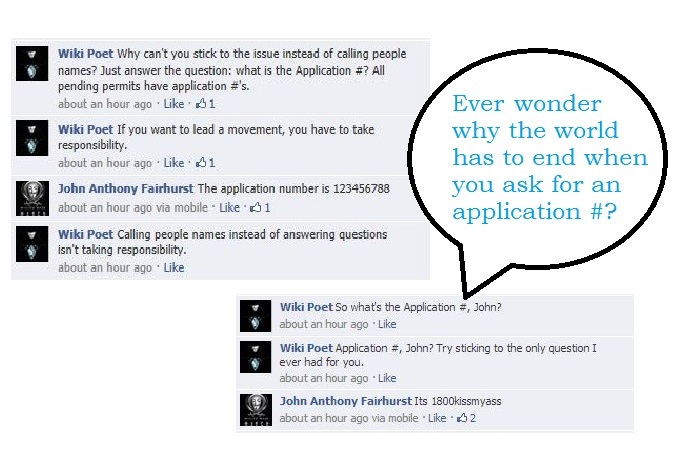 For those who agree that permits can help avoid the chaos when two groups unknowingly meet in the same location at the same time, Christine Ann Sands aka WikiPoet will obtain a DC permit from the National Park Service (“NPS”) for the steps of the Lincoln Memorial at the base of the reflecting pool which can accommodate 75,000.

Puzzling was why Fairhurst would put out a call to acquire permits and then refuse to provide a permit # to the public upon request; but, after much pressure, the public has learned that Fairhurst did not obtain a permit in his name nor in the name of Million Mask March. 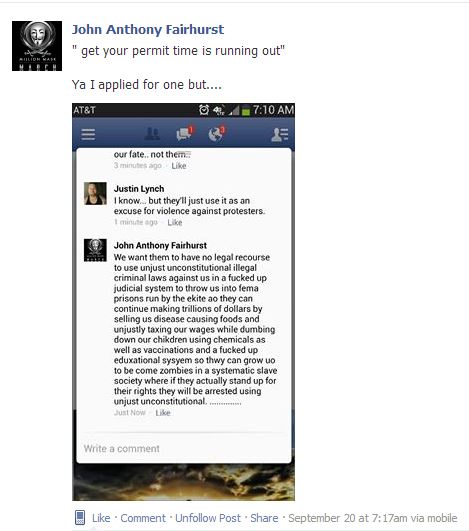 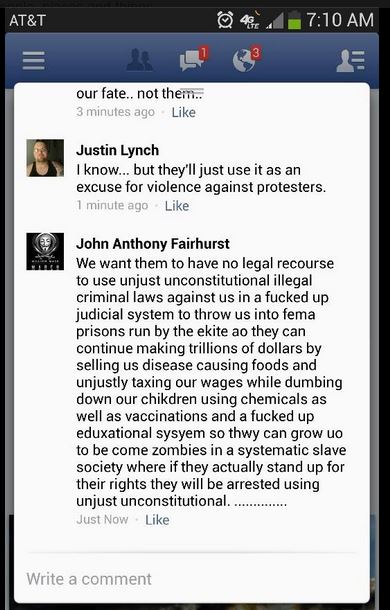 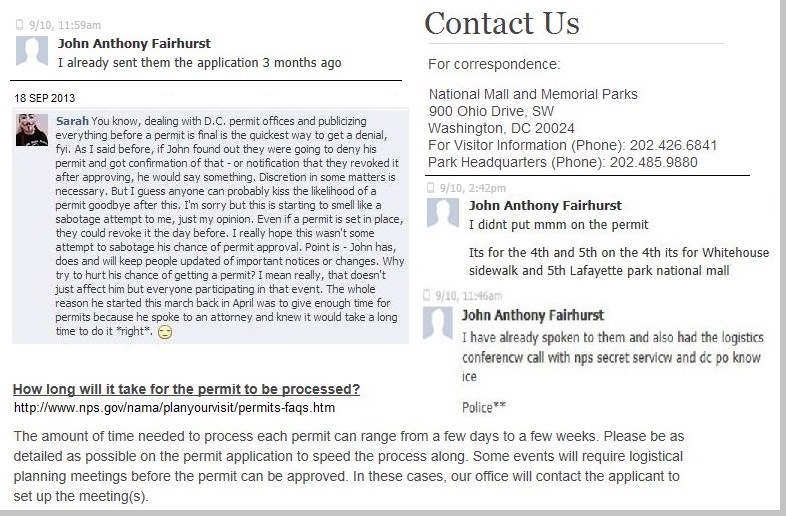 The following is a photo that Fairhurst sent to [name withheld] to “show” he was working with Robbin Owen at the National.  Problem here is that even Owen states she is not working with Fairhurst. 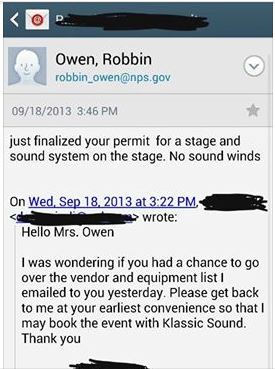 Klassic Sound says they have an event scheduled in the name of Robert Clapp for Nov. 5th at Lafayette Park for stage and sound and are scheduled to arrive at 9:30am and break down at 2:00pm. Permit matters aside, breaking down the stage in Washington, DC at 2pm isn’t good.  National Park Service confirmed they have a daytime event scheduled at Lafayette Park under the name of Robert Clapp for the Freedom of Speech group for 1,000.

In sum, ask yourselves why Fairhurst continues to insist that the DC March meet at the Washington Monument after being informed that an athletic event is already scheduled there; and, why is Fairhurst’s biggest promoter Justin King–a convicted felon posing as a journalist–publicizing that the DC march is bracing for police violence? 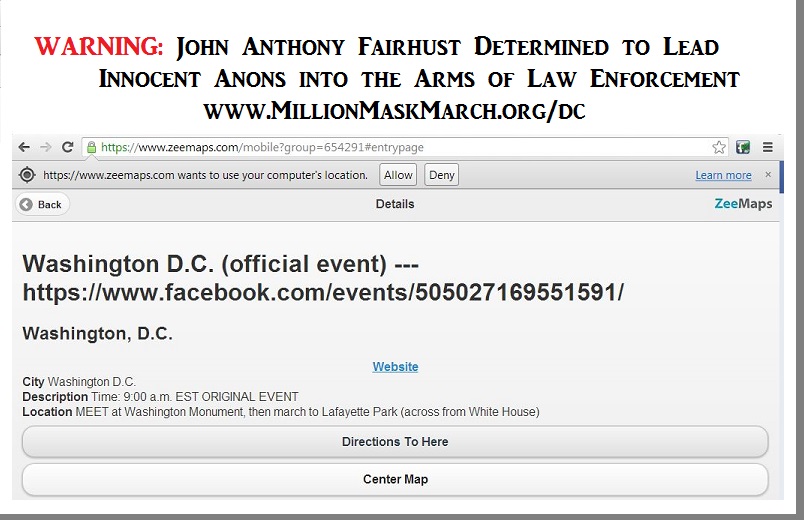