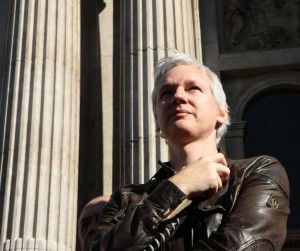 For those of you unfamiliar with Julian, allow us to introduce him.
Julian is the Founder and Chief Editor of the #1 whistleblowing publisher in the world: WikiLeaks. It’s no secret that on Julian’s mission of truth, he, his staff and the whistleblowers they serve have exposed widespread, international government corruption. In his quest to use government transparency to end wars brought on by corporate greed, he has been imprisoned by the same deceitful global powers he aims to expose. 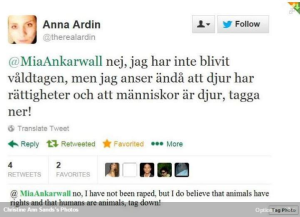 For over four years, Julian has been detained. The last 2 1/2 years without sunlight. Consequently, as previously reported, Julian’s health is dangerously deteriorating. He is slowly being murdered and needs your help. Not only has the passage of time already proven his  innocence, it has also already carried out that full sentence. We ask you now to stand with us and millions of others worldwide as we pray and demand the immediate release of Julian Assange.

Message to Christians in the United States Government

Jesus spoke first to his disciples. “Be on your guard against the yeast of the Pharisees,” he said. “They just pretend to be godly. Everything that is secret will be brought out into the open.  Everything that is hidden will be uncovered. What you have said in the dark will be heard in the daylight. What you have whispered to someone behind closed doors will be shouted from the rooftops. Woe to you who beseech the Nations with deception! Woe to you who kill in the name of Godliness! Hypocrites, all of you: filled with dead men’s bones and all corruption!”

The Lord saith, thou shalt not kill. Vengeance is mine. Put your sword back in its place. My people perish for lack of knowledge, for all who draw the sword will die by the sword.

Those in power who believe they are untouchable, those who live in the clefts of the rocks soaring like eagles, who make their nests among the stars, even from there I shall bring you down, declares the Lord. I will set my face against you so that you will be defeated by your enemies; those who hate you will rule over you, and you will flee even when no one is pursuing you. Those who are left in the ruins will fall by the sword, those out in the country I will give to the wild animals to be devoured, and those in strongholds and caves will die of a plague. You who belong to your father, the devil. He was a murderer from the beginning, not holding to the truth, for there is no truth in him. When he lies, he speaks his native language, for he is a liar and the father of lies. Yea, even the wicked were made for the day of destruction.

Message to the People 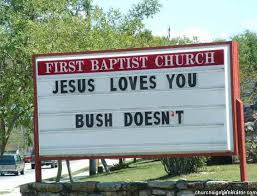 Do Not Fret because of those who are evil or be envious of those who do wrong, for like grass they will soon wither, like green plants they will soon die away. The wicked plot against the righteous and gnash their teeth at them; but the Lord laughs at the wicked, for He knows their day is coming. The wicked draw the sword and bend the bow to bring down the poor and needy, to slay those whose ways are upright. But their swords will pierce their own hearts, and their bows will be broken. For the word of God is alive and active, and the sword of the Spirit is the word of God. Sharper than any double-edged sword, it penetrates even to dividing soul and spirit, joints and marrow; it judges the thoughts and attitudes of the heart. 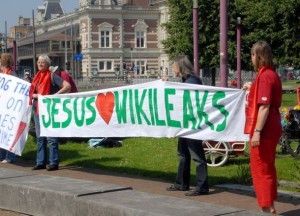 Blessed are you, Julian
The Spirit of the Lord is upon you, because the Lord hath anointed you to proclaim good news to the poor. He hath sent you to bind up the brokenhearted, to proclaim freedom for the captives and release from darkness for the prisoners. You shall know the tree by its fruit:  the fruit of the righteous is a tree of life that save lives. You shall be like a tree planted by the water that sends out its roots by the stream. It does not fear when heat comes; its leaves are always green. It has no worries in a year of drought and never fails to bear fruit.

Blessed are you, Julian who hungers and thirsts for righteousness for you shall be filled. Blessed are you, Julian, when people insult you, persecute you and falsely say all kinds of evil against you because of truth. Rejoice and be glad !!  because great is your reward in Heaven, for in the same way they persecuted the prophets before you.

Though they plot evil against you and devise wicked schemes, they cannot succeed. No weapon forged against you will prevail, and you will refute every tongue that accuses you. This is the heritage of the servants of the Lord, and this is their vindication from me,” declares the Lord.  And the Lord saith, Fear not, for I am with you always. You did not choose me, but I chose you and appointed you so that you might bear fruit. For it is written: many are called but few are chosen. Therefore, make every effort to confirm your calling and election. For if you do these things, you will never stumble. I shall cause officials to show favor and compassion. I will send my terror ahead of you and throw into confusion every nation you encounter. I will cause all your enemies to turn their backs and run and will make your righteous reward shine like the dawn, your vindication like the noonday sun.

Not only this, but we also glory in our sufferings, because we know that suffering produces perseverance; perseverance, character; and character, hope. And hope does not disappoint us. There is faith, hope and love, but the greatest of these is love. Nothing can ever separate us from God’s love. Neither death nor life, neither angels nor demons, neither our fears for today nor our worries about tomorrow—not even the powers of hell can separate us from God’s love. No power in the sky above or in the earth below—indeed, nothing in all creation will ever be able to separate us from the love of God.

The Lord Calls Us All to refrain from anger and turn from wrath; it leads only to evil. For those who are evil will be destroyed, but those whose hope is in the Lord will inherit the land. A little while, and the wicked will be no more; though you look for them, they will not be found. The meek will inherit the land and enjoy peace and prosperity. Better the little that the righteous have than the wealth of many wicked; for the power of the wicked will be broken, but the Lord upholds the righteous. Therefore, lay aside lies, each of you speaking truth with his neighbor, because we are parts of one another. Be kind to one another, tenderhearted, forgiving each other just as God in Christ forgave you. For which of you is without sin? Let him cast the first stone. For all have sinned and fallen short of the glory of God.

Heaven and Earth Will Be Filled with His Glory
By the word of the Lord the Heavens were made. The mountains melt like wax before Him. The angels are moved with the breath of His nostrils. Whoever has ears, let them hear what the Spirit says. The Prince of Peace shall return, and the government shall be upon His shoulders. God shall wipe away all tears from their eyes; and there shall be no more death, neither sorrow, nor crying, neither shall there be any more pain: for the former things are passed away. Therefore, put on the helmet of salvation and never lose hope of the joy of eternal life.

A Reading from the Book of Revelation
Then the angel showed the river of the water of life as clear as crystal flowing from the throne of God and of the Lamb down the middle of the great street of the city. On each side of the river stood the tree of life, bearing twelve crops of fruit, yielding its fruit every month. And the leaves of the tree are for the healing of the nations. No longer will there be any curse. There will be no more night. They will not need the light of a lamp or the light of the sun, for the Lord God will give them light. And they will reign for ever and ever.

In Closing
Thy Kingdom will come, dear Lord. Thy will be done on earth as it is in Heaven. We declare freedom right now for Julian Assange in the Heavens and on the earth, in the supernatural and in the natural, and in the name of our Lord Jesus Christ we stand united with You placing a hedge of protection around him. Ministering angels go now and free Julian so that he may continue in the path the Lord has purposed for him: to be a light that shines in the darkness. May he be filled with strength in his continued calling to set captives free, and may his freedom be a testament to the saving grace of our God.  Amen.

LET US ALL GO HOME 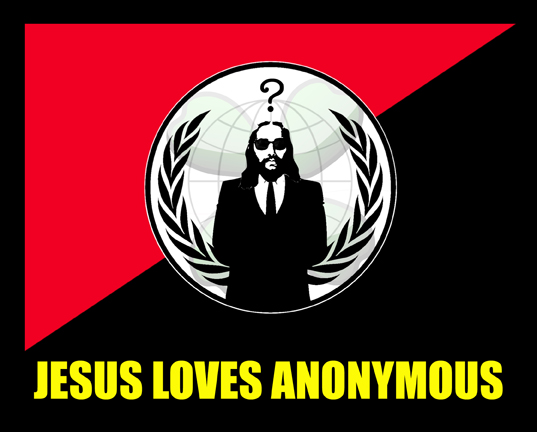