Sorry, but Million Mask March was a CIA op like Occupy run by Jacob Rothschild (“JR”) and his partners George Soros & Rupert Murdoch. They morphed it into Antifa when Antifa became famous November 4, 2017. Fortunately I hijacked Million Mask March from CIA, but then they took away all promotions and snuffed it. Of course they snuffed it, because they couldn’t control it anymore since i own The Map and had the monopoly on the domains. Never mind all that, now I’ve hijacked WikiLeaks from CIA also run by JR, Soros, Murdoch & their other partner CIA’s Robert James Woolsey who was Snowden’s boss at Booz and “busted” Assange in 1993.

City of London Corporation is the 1-square mile in London but is not London. It’s just a corporation with the same name. It’s a city within a city within a country within a country. It’s the little circle missing on the map of the UK in the center of London.* It owns the London Stock Exchange and Bank of England w/ $50 trillion in offshore accounts. Assange called them the transnational security elite. He also called them The Eton Boys and The Establishment. Others call them The Swamp, The Hidden Hand, Committee 300, The Deep State, The Illuminati, One World Order, New World Order, Freemasons, The Khazarian Mafia and Knights Templar who are all headquartered in that same square mile like Rothschild.* They’re actually Synagogue of Satan Zionists pretending to be Jew and run Vatican.* Same people who held Julian Assange’s bogus trial outside UK jurisdiction inside their city limits at Old Bailey which they’ve owned and operated since at least 1674 not subject to UK Parliament.

Jacob Rothschild who heads Rothschild runs City of London Corporation where their headquarters has been since 1809.* Nine Rothschilds busted w/ Epstein like Murdoch, Trump & Clintons. Trump is still lying about 9/11 like everyone else. It’s the Epstein, 9/11 & COVID mob. Murdoch had the 9/11 Pentagon attack exclusive and the Jeffrey Epstein dead body exclusive. All the same people. Even CIA MKULTRA founder Allen Dulles said Rothschild was an Intelligence Service. Remember: Rothschild funded both sides of WW1 & WW2. Rothschild funded Hitler and Unit 731 vivisectionists. US President Dwight Eisenhower worked for City of London Corporation & appointed brothers John Dulles as US Secretary of State & Allen Dulles as head of CIA who created CIA MKULTRA & Area 51 to perform human experiments. Rothschild has offices in Moscow & Ukraine and is the perpetuating force behind that war just like Israel & Palestine. Keep reading for more on this Hidden Hand story right after this BOMBSHELL !!

Julian Assange’s fake wife Sara Gonzalez Devant pretending to be Stella Moris is 100% a fraud backed by Murdoch & Soros. We are fully aware that not only is WikiLeaks CIA, but WikiLeaks threw Assange under the bus because he defected Rothschild Intelligence who runs CIA, Mossad & MI6. Check out Stella’s SECRET AGENT parents Sergio Albio Gonzalez and Teresa Devant, because they smuggled weapons for Nelson Mandela who was working for Rothschild. Stella is tied to Epstein, child trafficking and faked the portrait and pregnancy photos with Murdoch. The real Julian Assange story is here. 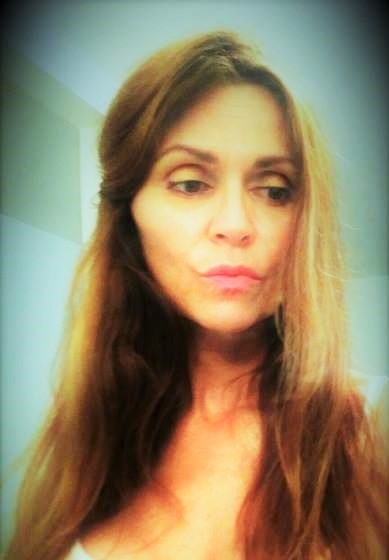 Ever since Israel became a nation, it has been run by Synagogue of Satan Zionists pretending to be Jew. (Revelation 3:9)  If there’s one thing you do, remember the name Jacob Rothschild, because this is the story of the end of the reign of the Antichrist.

One square mile in the center of London is a city with the same name but is not London: City of London Corporation. It is the financial capital of the world and sovereign (accountable to none) like its subsidiaries sovereign Vatican & sovereign Pentagon Reservation.

These days it’s Jacob Rothschild who heads Rothschild dynasty.  We like to call him JR like the asshole in the TV series Dallas. JR owns the UK Queen’s money and crown jewels. He runs the world’s biggest tax haven out of Reno, set the price of gold, diamonds and controls the world’s central banks laundering $50 trillion in offshores through The City. JR runs UK.

Remember: Rothschild funded Vatican and both sides of WW1 & WW2. Rothschild made the Saudi Royal Zionist family rich. Rothschild is royalty in China who owns US and runs North Korea. Don’t be fooled: Ukraine v Russia is a Rothschild production.

Just like JR runs sovereigns Vatican & The City, he runs sovereign Pentagon Reservation with the help of The City’s Freemasons who founded US basically by playing their twin name trick creating their own United States Corporation in United States of America to make everyone think US is USA like they did in London. JR runs the US private prisons via ownership of BlackRock, Blackstone & Vanguard and built the tunnels under New York City.

JR’s headquarter is in The City where elections are held not by people but by corporations. JR with his partner Bill Gates are the beasts behind COVID. It’s “The Establishment” Assange called the Eton boys. The transnational security elite who Assange said runs the world. There in The City is where Julian Assange’s bogus trial was conducted at Old Bailey not under UK jurisdiction conspiring with UK Royals who for centuries engage in pedophilia, mass child sex slave trafficking and cannibalism. Even the public Satanic rituals shot in the film “Eyes Wide Shut” were held at Rothschild’s.

JR’s The City of London. The oldest self-governing municipality in the world. For 2,000 years their own unaccountable government, courts, tax system and police operating outside UK jurisdiction with its own distinct borders guarded by 13 human sacrifice dragons. Their church is closed Sundays. St Lawrence Jewry which means Jew but claims to be Christian and is neither. It is Synagogue of Satan (Rev. 3:9). There in The City of London, a city within a city within a country within a country, sits Antichrist Jacob Rothschild.

Listen to see how the world’s intelligence, financial & legal systems are run by City of London, and then watch the world surround City of London in the Valley of Vision. Behold now the end of the reign of the Antichrist, for it was foretold.